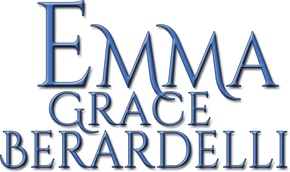 Emma Grace is a New York-based equity actress that possesses an unforgettable charm and spunk.

Barely out of the carriage, Emma's love for singing and dancing became apparent to all. She started dance lessons at the early age of 3 and singing and acting lessons a few years later.

At age 8, Emma began performing in community theater. Her first show was at the award-winning Gallery Players Theater. She started off their 50th Anniversary Season performing as Baby Louise in the musical GYPSY. Soon after that Emma also played the role of the Little Girl in RAGTIME in pursuit of the American Dream.
​
As time went on Emma enjoyed playing some truly exciting roles in various musicals and premiers in and around the city. She has enjoyed playing such title roles as Matilda and Annie, as well as ,JoJo in the whimsical musical Seussical.

A truly exciting and unforgettable moment came last fall when Emma was cast as Susan Waverly in the Broadway National Tour of Irving Berlin’s White Christmas. This was truly a dream come true!!!

Emma enjoys being an active member of the Broadway Youth Ensemble (BYE) ,Kids of the Arts ( KOTA) and the NYC Tap Crew.

When not performing or training, Emma enjoys playing her bass guitar, cooking and spending quality time with her two sisters and dog.

Emma has an unforgettable zest for life and shares that gift with many. You will find her helping people in need by lending a hand and performing at various fundraisers, cabarets, workshops  and events.

Please continue to follow Emma Grace on her adventures.
Thank you for visiting her page!